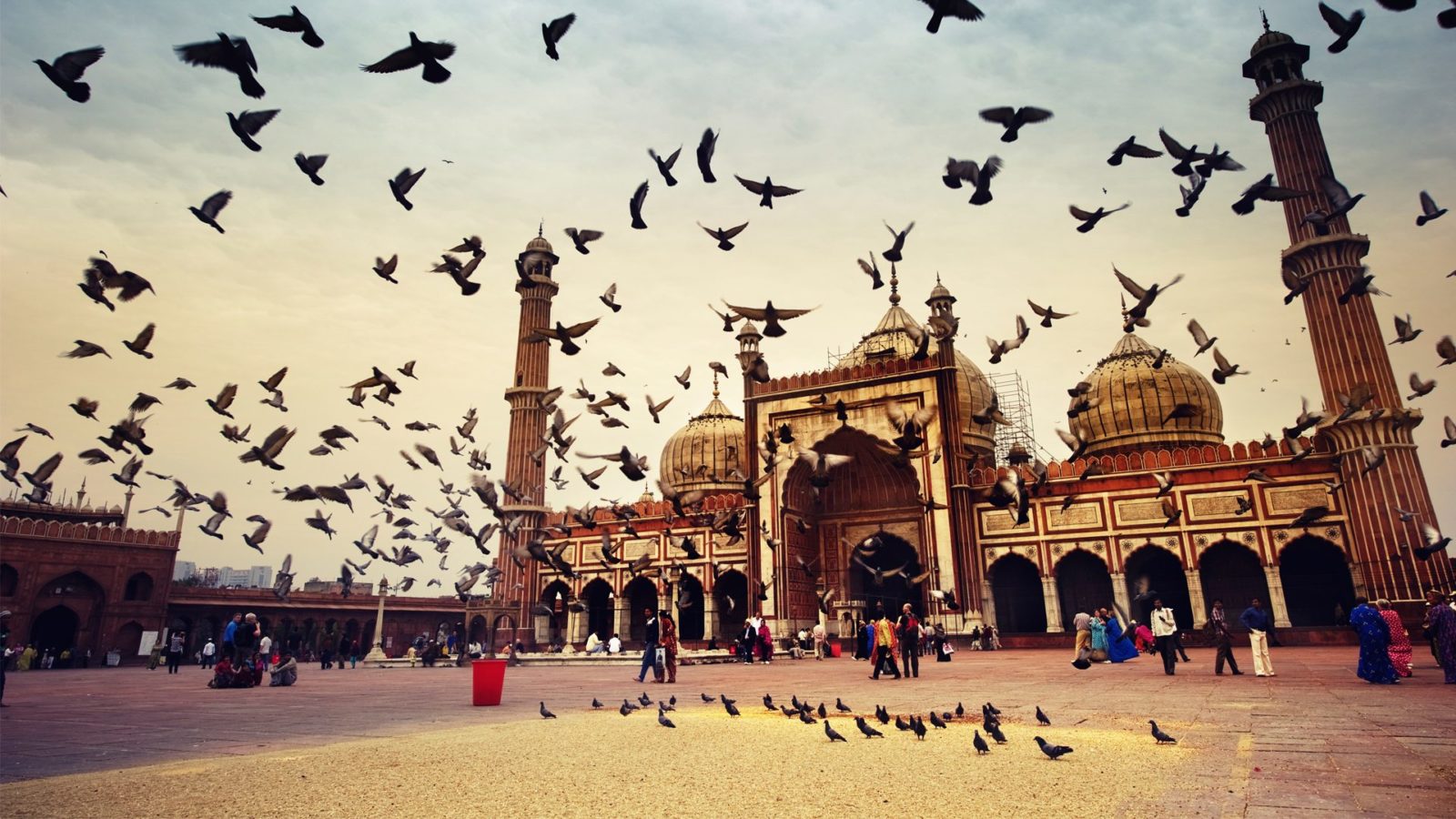 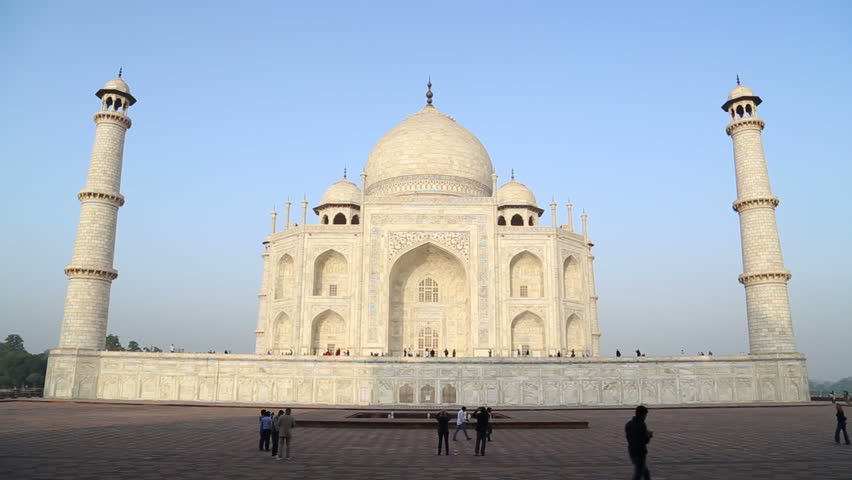 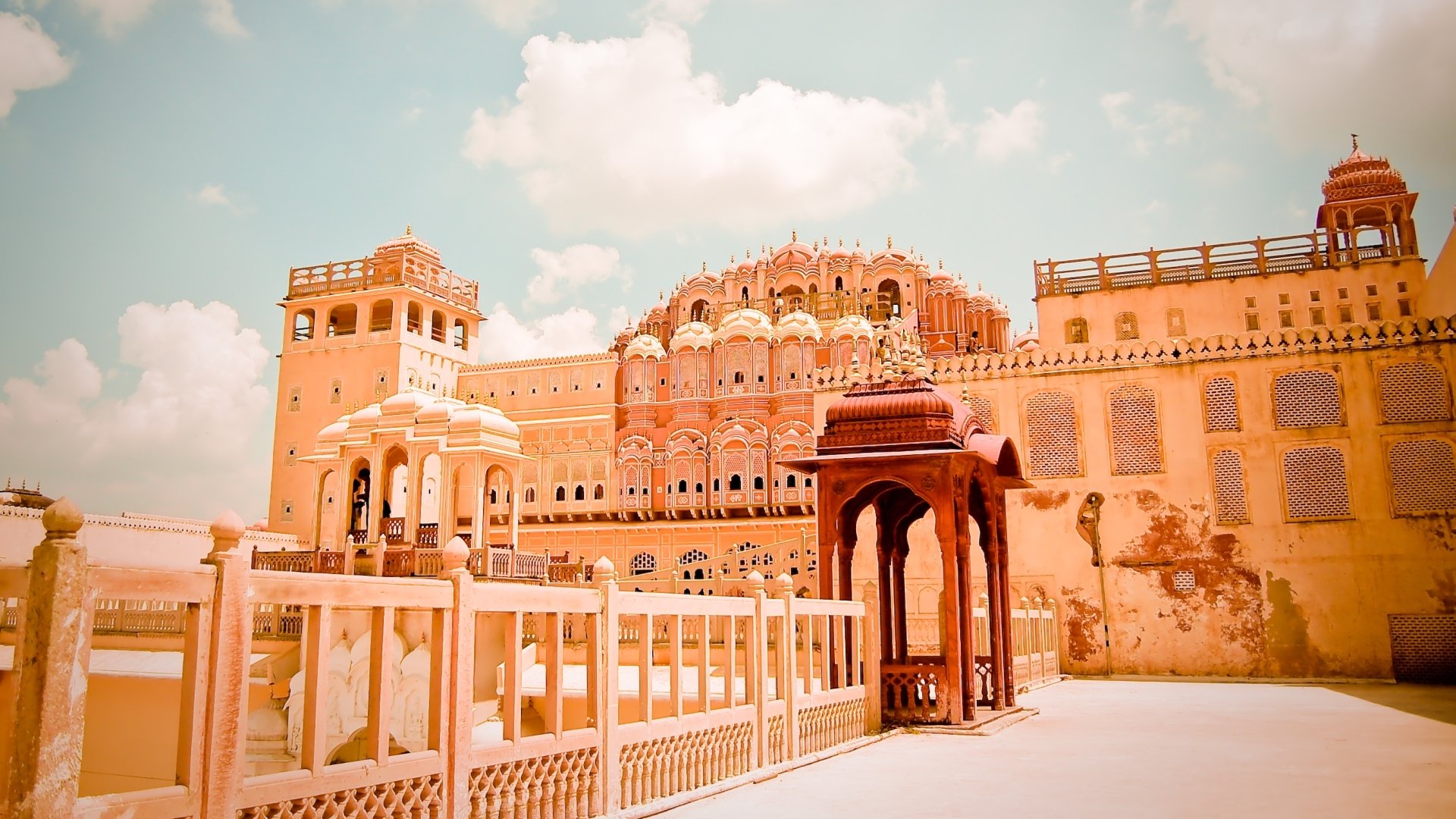 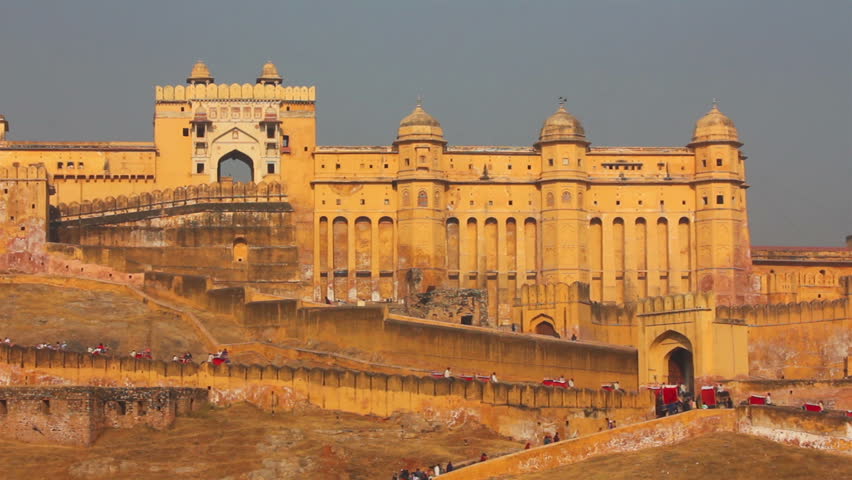 After breakfast drive to Mandawa, situated in the heart of the Thar Desert. This beautiful village still has some beautifully preserved houses of medieval Indian traders built in a typically Rajput style having original paintings showing religious scenes or objects.On arrival in Mandawa, check into hotel. Later enjoy the walking sightseeing tour of Mandawa visiting the Havelis, AnandilalPoddar, BansidharBhagat and Chokhani etc.
Overnight in Mandawa.

Morning after breakfast drive to Bikaner. Bikaner is a royal fortified city with a timeless charm and medieval glory. It is located in northern Rajasthan, amongst the sand dunes. Known as the “Land of the Camel” Bikaner boasts of having the best camels in the world. This desert town popular for its temple and Forts, which shows the rich cultural and architectural heritage of the city. « Karni Mata » is one of the most fascinating temples situated in the south of Bikaner. On arrival in Bikaner, check into hotel.
After a short rest proceed for the half day sightseeing tour of Bikaner visiting Junagarh Fort, built between 1589 and 1594 by Raja Rai Singh. Visit the Temple of Karni Mata Deshnok -built 600 years ago and dedicated to Karni Mata, an incarnation of the goddess Durga. The temple has huge doors, carved in silver, a gift from the Maharajah Ganga Singh followed by visit to a breeding center and research on camels, the only institution of this kind in India. Bikaner is a complete unique experience.
Overnight in Bikaner.

After breakfast drive to Jaisalmer, a fascinating city rising from the heart of the Thar Desert. Nothing else in India is remotely similar to this enchanting city, which is also called « The Golden City »because of its honey color. A visit to Jaisalmer is a must for any traveler in India, with the possibility of camel trekking through the magnificent sand. Jaisalmer Fort is the world’s only living fort and about quarter of the city’s population still live in the Fort. On arrival in Jaisalmer, check into hotel.
Overnight in Jaisalmer.

After breakfast sightseeing tour of Jaisalmer visiting – Jaisalmer Fort, theonlyalive fort which you will not see anywhere in India. There are homes and hotels hidden in the laneways and shops. Within the fort walls there are beautifully carved Jain temples built between the 12th and 15th centuries followed by a visit of Gaddisagar Lake and impressive Havelis around the Fort.
In the evening drive to Sam where you are received by the camels. Visit to the ” Sand Dunes of Sam,” and ride camels on the sand at the time of sunset- which would be one of the highlights of your trip to Rajasthan followed by dinner with Rajasthan folk dance.
Overnight in Jaisalmer. 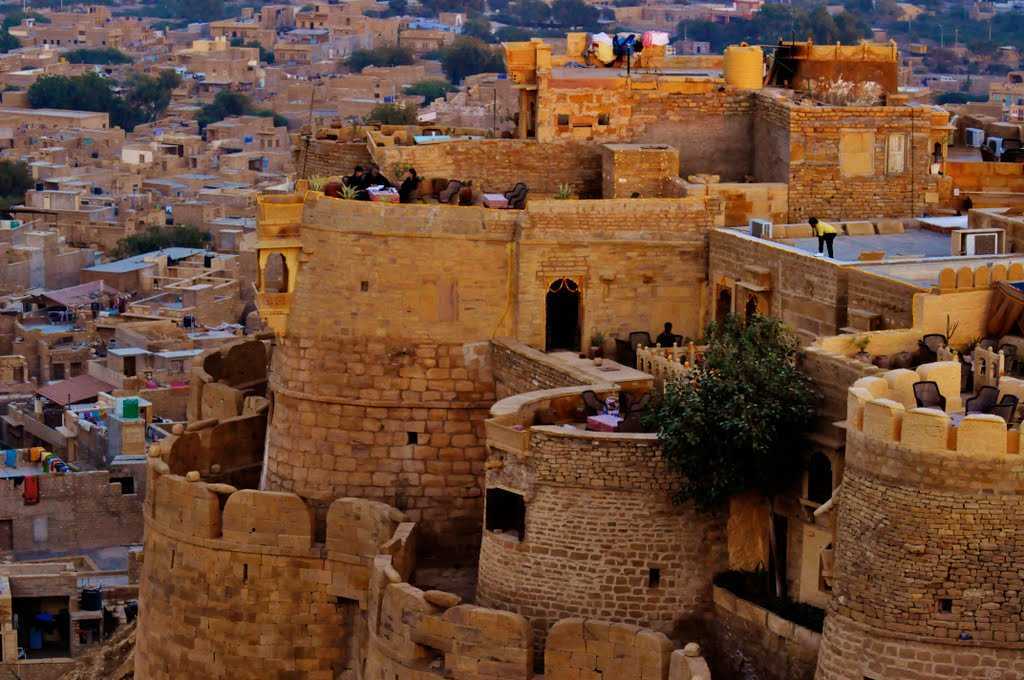 After breakfast take a scenic drive to Jodhpur. Jodhpur- the second largest city in Rajasthan dominated by a massive Meherangarh Fort, the view from the Fort over the blue building of the Old city is one of Rajasthan’s most spectacular sights and this is the reason why Jodhpur is called the Blue city. Rich in palaces and forts, temples and Havelis, culture and tradition, spices and fabrics, colors and textures, Jodhpur is an unforgettable place. On arrival in Jodhpur, check into hotel.
Overnight in Jodhpur.

Morning after breakfast sightseeing tour of Jodhpur. There are many great fortresses throughout Rajasthan, but nothing like the majestic Mehrangarh Fort, built at a 400 ft. Within this citadel are magnificent palaces with marvelously carved panels, latticed windows and evocative names. These palaces house a fabulous collection of possessions of Indian royalty, including s superb collection of palanquins, elephant howdahs, miniature paintings, musical instruments, costumes and furniture.
Below the fort visit the JaswantThada, a graceful marble cenotaph built in1899 for Maharajah Jaswant Singh II, and the memorials of other Maharajahs of Jodhpur.
Afternoon at leisure to visit the surroundings on your own.
Overnight in Jodhpur 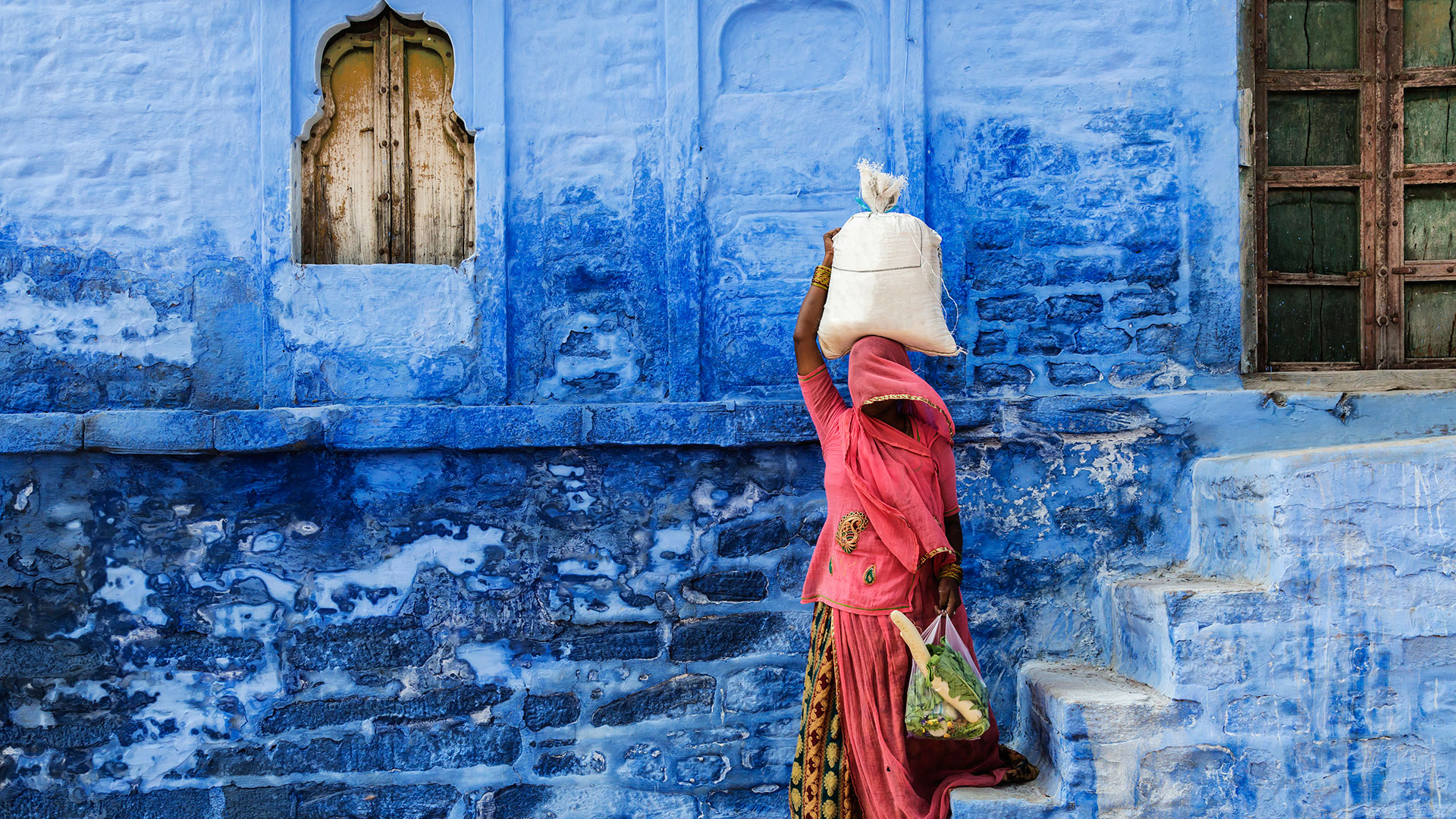 Morning after breakfast drive to RawlaNarlai, now a beautiful heritage hotel, is located in the heart of a typical Rajasthan village bustling with activity and bursting with color. On arrival, check into RawlaNarlai. Rest of the time spends visiting the local village or relaxing and enjoying the hotel facilities.
Overnight in RawlaNarlai

After breakfast drive to Udaipur, one of the most romantic cities of India. En-route visiting Ranakpur Jain temples, a famous Temple complex, one of the biggest and most important of Jain temples in India. The main temple is the Chaumukha Temple, or Four Faced Temple, dedicated to Adinath. Built in 1439, this huge, superbly crafted and well-kept marble temple has 29 halls supported by 1444 pillars and no two are alike. After the visit, continue drive towards Udaipur, which has been called the “City of Dreams” and “City of the Rising Sun.”MaharanaUdai Singh built the blue lakes, (which reflects the hills of the Aravali Mountains) for the purposes of his new capital, founded in 1568.On arrival in Udaipur, check into hotel.
Overnight in Udaipur. 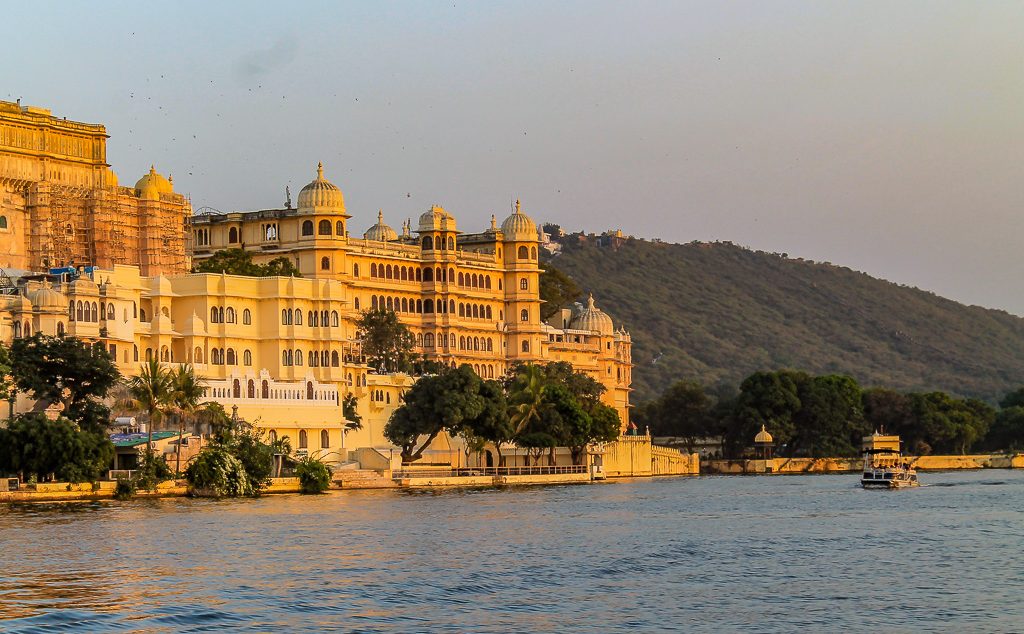 Morning after breakfast drive to Udaipur airport in time to board flight for Mumbai. Meet on arrival at Mumbai airport and transfer to the hotel. Mumbai is the commercial and entertainment centre of India The city also houses India’s Hindi film and television industry, known as Bollywood. In 1661, Charles II of England received the islands of Bombay as dowry when he married Princess Catherine of Braganza. The British government leased the islands to the British East India Company, and they made it an important port. Mumbai’s business opportunities, as well as its potential to offer a better standard of living attracting migrants from all over India and, in turn, make the city a potpourri of many communities and cultures. After a short rest proceed for the half day sightseeing tour of Mumbai visiting the Gateway of India, which was created as a symbol, to welcome the Queen Mary and King George V of England on their visit to India in 1911. Next visit the Hanging Gardens, constructed at the top of Malabar Hills, which provide a lovely view over the Arabian sea, Marine Drive etc
Overnight in Mumbai

Morning after breakfast drive to Mumbai airport in time to board flight for Aurangabad. Meet on arrival at Aurangabad airport and transfer to hotel. The city got its name from the Mughal emperor Aurangazeb who made it his capital. It’s a logical base for visiting the famous Ellora and Ajanta caves. The city is also a major industrial hub for Maharashtra. After a short rest proceed for the city tour of Aurangabad visiting the beautiful BibiKaMaqbara – the burial place of Aurangzeb’s wife, is an imitation of the Taj at Agra and due to its similar design, it is popularly known as the Mini Taj of the Deccan followed by a visit of Panchakki – famous for its underground water channel, which traverses more than 8 km. to its source away in the mountains. Spend rest of the day at leisure.
Overnight in Aurangabad.

Morning after breakfast drive about 106 kms for an excursion towards Ajanta caves. Ajanta Caves classified as World Heritage are rock-cut cave monuments dating from the second century BCE, containing paintings and sculpture considered to be masterpieces of both Buddhist religious art and universal pictorial art. The 29 Buddhist caves of Ajanta are cut into the steep face of a horseshoe-shaped rock gorge on the waghore river. They are sequentially numbered, the oldest are mainly in the middle and the newer ones are close to each end. Experience the beautiful architecture and painting and later return back to the hotel.
Overnight in Aurangabad. 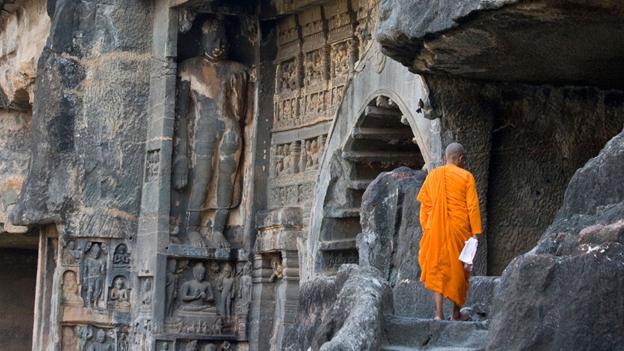 Morning after breakfast drive for an excursion to visit Ellora caves located about 30 kms from Aurangabad, are the pinnacle of Deccan rock-cut architecture. The 34 “caves” – actually structures excavated out of the vertical face of the Charanandri hills – being Buddhist, Hindu and Jain cave temples and monasteries, were built between the 5th century and 10th century. The 12 Buddhist (caves 1–12), 17 Hindu (caves 13–29) and 5 Jain caves (caves 30–34), built in proximity, demonstrate the religious harmony prevalent during this period of Indian history. Spend the day experiencing the beautiful caves and later drive back to the hotel.
Overnight in Aurangabad.

Morning after breakfast drive to Aurangabad airport in time to board flight for Mumbai. Meet on arrival at Mumbai airport and transfer to hotel. Spend rest of the day at leisure enjoying the facilities available at the hotel
Overnight in Mumbai

Morning after breakfast drive to Mumbai International airport in time to board flight for back home.