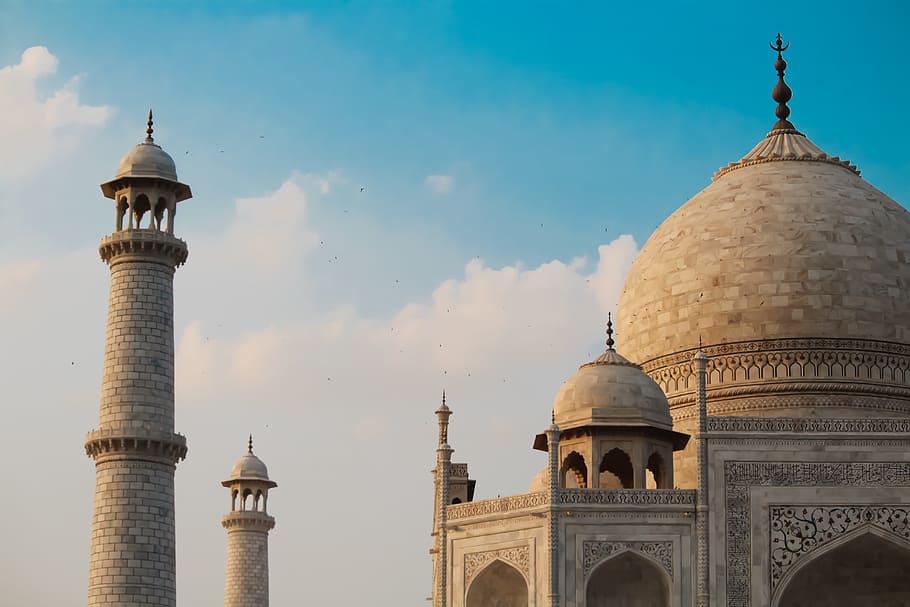 Golden Triangle Tours to India : Best way to get the glimpses of India

Conquer the Golden riangle and discover India’s beautiful, legendary, and culturally incredible cities of Delhi, Agra, and Jaipur. Take an exclusive trip across the country’s most photographed tourist routes and see the unbelievable Taj Mahal, make a stop at the ‘Palace of the Winds,’ and finally, dock at ‘the land of kings.’Contact us for your Golden Triangle Tours to India and one of our Indian expert will be in touch with you.

There’s no better way to unravel the gorgeous mysteries of a genuinely epic Golden Triangle tour in India than with the best Indian tours and travel company. A company rightly rated as the best by thousands of international travelers, and which you can be sure of an unforgettable trip.

Travel the Golden Triangle with Amazing Holidays In India

Welcome to Amazing Holidays In India, the best agency making trips across the famous Indian Golden Triangle. We are a team of dedicated and passionate team tour connoisseurs and mainly offer flexible tour packages, customizing each trip to the best of the client’s needs.

Taking off at Delhi, your ultimate Golden Triangle tours in India will encompass some of the country’s most significant adventure spots and landmarks to behold. You will make a stop at the 1570-built Humayun’s Tomb before stopping further at Qutub Minar – a minaret that’s a UNESCO World Heritage Site.

You will make a stop at the historic Red Fort, home to the Mughal Emperors, and perhaps understand why 15 August of every year, the Prime Minister hoists the Indian flag at its main gate. As your voyage progresses, you will make a grand stop at Agra Fort and Fatehpur Sikri.

The best part of your Golden Triangle tours India will most certainly be at the majestic Taj Mahal. There’s no better way to appreciate the true grandeur of this white marble wonder than making an actual visit and learning the history behind its symmetry, scope, and obsessive detail.

Other stops along the way include a little marvel at the 13 architectural astronomy instruments in Jantar Mantar, at Amer Fort in Rajasthan, City Palace, and a brief halt at Jai Mahal Palace, among other stops. Throughout this trip, you will experience the pure magic and rich heritage and culture of a well-planned Golden Triangle tour.

What is Golden Triangle Tours to India

It is a name christened to the world-famous triangular tourist circuit that starts from the country’s capital, Delhi, taking Agra before ending at Jaipur or going to Jaipur and then to Agra. Together, the three main stops form a triangle and, for the first timer, it is a great introduction of India.

A Golden Triangle tour India is best done by surface. The charm of this 720 km route lies with being on the road, witnessing India’s best-kept adventures, in their purest forms. The trip ideally offers an unrivaled view of the country’s landscapes, the locals and everything, in their truest form.

Check out our blogs for spending some relaxing times after the trip :

It is not a coincidence that millions flock this famous tourist circuit every year. With all of its rich history, going back to thousands of years, India’s Golden Triangle tours expose to holiday enthusiasts the best of India of yesteryears.

The entire route presents a kaleidoscope of experiences and tons of intriguing cultural, historical, and architectural adventures not seen anywhere else. Every stop in the three critical cities is an experience with no match.

The Mughal Era may long be gone, but its fervor and vitality is very much alive, as told by beautiful, sandstone-made colossal octagonal-shaped citadel known as the Red Fort. In this small city in itself, you get a “once-in-a-lifetime” chance to understand the life and times of the Mughals and Maharajas.

Arguably as famous as Taj Mahal, Qutub Minar is as marvelous today as it was, hundreds of years ago. It is a significant monument and showcases the onset of Muslim rule in India. The best time to visit this minaret as you take India’s Golden Triangle tour is in the evening, before sunset.

A step away from the ancient sights and sounds along the way, the Lotus Temple or the Baha’i House of Worship is an awe-inspiring work of art and architecture. The temple’s 27 remarkable marble-made leaves and petals, plus its sheer beauty, means your Golden Triangle tour in India, is truly unforgettable.

Gorgeous as it is, this mausoleum is a perfect testament that true love is everlasting. You can imagine how cute it would be, standing near this wonder on a full moon night, with the love of your life!

At the heart of beautiful Pinky Jaipur is Hawa Mahal, a fantastic piece of architecture. It still has its magic of age-old glory and opulence of Rajput kings. All of its 953 tortuously carved windows ooze power and lavishness, and rightly makes the monument an absolute must-stop spot in the Golden Triangle tour.

The Best Time to do the Trip

Ideally, there’s no specific time because any time is a perfect time to tour the Golden Triangle of India. You could do it by road and enjoy the adventurous trip or take the Shatabdi express train connecting the three cities.

Pleasant weather throughout the circuit starts from October and runs through to March. Other than that, however, each period has something special. Summer, which runs from April to June, is perfect because, aside from following the Golden Triangle trail, you will have a little time to visit and explore the Indian Tigers at Jim Corbett National Park or Ranthambore.

As Monsoon arrives and the sunbaked lands get fresh and vibrant again, you can still have a perfect Golden Triangle Tour in India. This is mostly from July to September and also paves the way for what’s probably the best time to go on the India Golden Triangle trip.

Perhaps the best thing with these trips is the overabundance of festivals and extravaganzas along the way. From the Republic Day parade and Jaipur Literature Festival, the festival of colors to lots of other treats, the country’s rich traditions and cultures means you will have a trip of a lifetime.