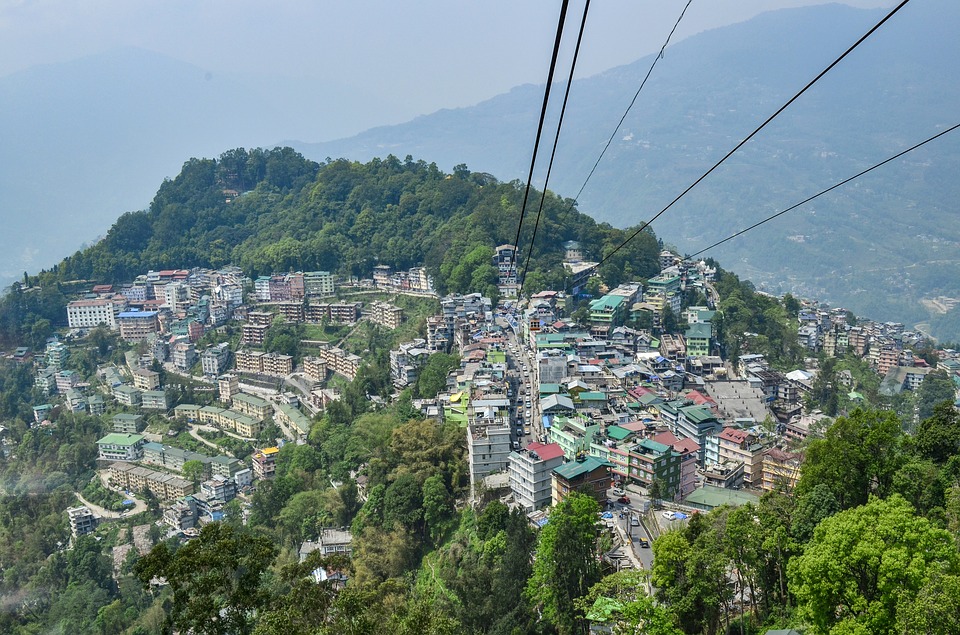 Contents hide
1 Sikkim Tour Packages : Explore the beauty with great Tour packages to Sikkim
1.1 Visit and experience the Himalayas with our Sikkim tour packages
1.2 Discover Sikkim’s Best-Kept Secret Adventure Spots
1.3 Sikkim Tour Packages: The Best Time for a Visit
1.4 Summer – April to June
1.5 Monsoon – July to September
1.6 Winter – October to March
1.7 How to Arrive : Sikkim tour packages
1.7.1 By Flight
1.7.2 By Train
1.7.3 By Road
1.8 What Sikkim is Best Known for: Fairs and Festivals
1.8.1 Our pages in French and Spanish

Visit Sikkim, the last Himalayan utopia with possibly the most breathtaking views of the world-famous Himalayas ranges. Explore and experience this little heaven; one of India’s smallest, richest, and cleanest states – the land of 11 languages!Sikkim is possibly the face behind the adage ”good things come in small packages.” And journeying across this earthly paradise where nature junkies, adventure heartthrobs and spiritual buffs instantly fall in love with, you are sure to enjoy the trip.Email us or WhatsApp us @ +91 9899328185 for all queries with regards to organising your Sikkim tour packages.

It borders Bhutan, Tibet and Nepal, yet this little Himalayan enclave is no ordinary Indian tourist destination. It is as perfect for a romantic holiday as it is an epic spot for whole-family fun. You just need to book via Sikkim tour packages, and you are good to go!

Visit and experience the Himalayas with our Sikkim tour packages

Sikkim is magical; it is breathtaking. It has it all; dramatic landscapes, the amazingly beautiful mountains, lakes and monasteries, thousands of orchids, trees, ferns and gladioli species, and charismatic locals.

It is the only place where clouds drop down into the mountain’s peak to kiss the breathtaking silver-fir trees and form a beautiful vista. It is also where one detaches from the rigors and complexities of everyday life and takes the much-needed hiatus, at least for days.

In this Himalayan wonderland, no trip is ever complete without experiencing the charm and glamor of the locals. Indulge in Momos, Thukpa, and Wontons and pretty much the entire list of Sikkimese cuisine, learn about their culture, traditions and heritage, and stay with them in their humble abode.

Hikers and mountaineers have a home in Sikkim, conquering the state’s famous trails that snake their way into the dense forest and the ranges. Still, a tour of this landlocked state of India could easily be a healing one.

Nothing is as soothing as gazing at the lush greenery of the densely forested mountain valleys as you imbibe the fresh breeze instantly. Or, simply joining the locals for yoga as you tour a monastery. When all that is served by a local Sikkim travel guide, the experience is magical!

Sikkim’s greatness also lies with its pleasant weather and the beauty and diversity across the state. It has over a dozen cities with each having its unique feel and charm, different from the rest of the country. You can visit the beautiful, charming Gangtok (the capital), head over to the hilly Geizing and finally relax as you marvel at the wonderful ancient architecture at Namchi.

For someone whose adrenaline levels rise with adventure, these aren’t the only activities though as this tourist-friendly state never runs short of a thrill. The best things to do when touring Sikkim, including conquering the famous Goecha La Trek, water-rafting at the rapid waters of Teesta River, paragliding and cycling.

But even if you aren’t an adventure lover, Sikkim still has something for you. Like other popular North Indian tourist destinations, Sikkim never floods with tourists and that invariably means points of interest are never jam-packed with humans.

If you love adrenaline-pumping activities, then Sikkim is calling. Kanchenjunga, the 3rd tallest mountain in the planet, is squarely in this state. And with Sikkim tour packages that combine exploring the best of this monster with a trip to the state’s best-kept tourist gems, including Rumtek Monastery, be sure to have an unforgettable outing.

The entire state has a somewhat noticeable laid-back feel, perfect for someone looking to retreat away from the hustle and bustle of the lifestyle in the city. To unwind and admire nature in its original state, choose from the various Sikkim tour packages and make it happen!.

Sikkim Tour Packages: The Best Time for a Visit

Tourists are welcome throughout the year, although the best times understandably vary. Summer, when the whole place is buzzing with bliss, blooming flowers and festivities, sees thousands throng the state’s major cities. At this time, nearly all tourist destinations, including Gurudongmar Lake, Yumthang Valley, Rumtek Monastery and the Khangchendzonga National Park open up.

Many flock this North-East Himalayan escape in summer owing to the pleasant temperature and the abundance of festivals and celebrations. The entire period, from April through June, turns the little state into a warm, beautiful destination, perfect for family vacations, honeymoons, adventure trips, and so forth. And as any Sikkim travel guide would say, summer in Sikkim is ideal for a holiday.

Summer gives way to Monsoon, a season of average (and sometimes heavy) rainfall and a significant fall in temperatures. Visiting is still okay during Monsoon even with the somewhat chilly conditions as most destinations across the state are less crowded. Sikkim tour packages during Monsoon are reasonably priced too.

Once winter arrives though, Sikkim gets dull and uninviting with the whole place snowing. The entire season lasts from October to March, and little activity takes place. The only notable attractions during winter in Sikkim are anything to do with snow – skiing, ice skating. It is also a perfect time for adventure heartthrobs to arrive and get their adrenaline pumping.

How to Arrive : Sikkim tour packages

To arrive at this unexplored beauty, you can fly, use the train or simply take the bus.

You will arrive at Bagdogra airport or Gangtok Airport (Pakyong Airport) located just outside the state’s capital and take the road to any city. Some of the airline companies serving the Gangtok Airport with frequent flights include Indian Airlines, Spice Jet, Indigo Air and Go Air.

Travel to Sikkim by train can be done by reaching to the railway stations, New Jalpaiguri (188 Km) and Siliguri (145 km). Upon arrival either take local bus or taxi to reach upto Gangtok or other sikkim destination.

Being the most popular alternative, arriving in Sikkim by road is many people’s favorite since it is also the most reliable. Several public and private bus service companies frequently connect Sikkim to other neighboring states. Taxis and Jeeps are in plenty too, and they also take the famous National Highway 31A.

What Sikkim is Best Known for: Fairs and Festivals

Perhaps on all Sikkim tour packages is a mention of what thousands know this verdant landlocked state for – thrilling festivals. While being at the 5,500ft above sea level Gangtok city is an experience with no match, festivals are a huge attraction. Not even the entourages that head to the Old Silk Route at the border with China’sChina’s Tibet Autonomous Region match that of festival fanatics.

Festivals generally are described by exuberant show of pomp and vibrancy with lively dances and music. Top among them is February’s Tendong Lho Rum Faat festival which is exclusive to Lepchas. Other festivities include Saga Dawa, a sacred Buddhist festival celebrated during the 4th month of the Buddhist calendar, Drupka Teshi, Phang Lhabsol, Losoong, and Tihar.